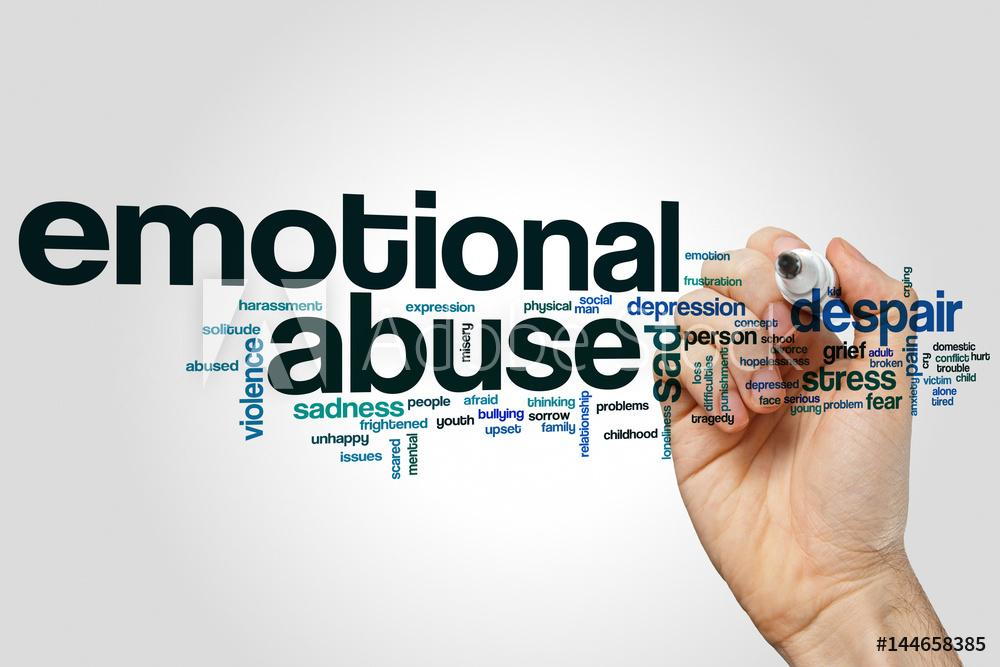 When people speak about child abuse the focus tends to be on sexual and physical abuse because the symptoms and scars of those types of abuse are quite visible. What people including the victims are unable to see are the effects of emotional abuse and/or neglect. The outcomes are often just as bad and there have been circumstances in which infants suffering from neglect actually died. Those deaths were not a result of being starved or exposed to the elements but of not being held, cuddled and played with this. In many of these examples and most certainly in the example of emotional abuse the perpetrators are parents or parental surrogates.

According to the Mayo Clinic emotional abuse is defined and characterized as:

There are dangerous symptoms that accompany emotional abuse on the part of parents. Among  those are:

Examples of Verbal and Emotional Abuse:

Although Freud seems to be out of fashion these days he did point out something he called the repetition compulsion. What that refers to is that we repeat the self-defeating behaviors learned long ago and continue to do so. In terms of popular parlance it goes something like this: "The more you do what you did, the more you get what you got." In other words, those children who were abused, either physically, verbally or emotionally are likely to be people who continue to seek the same type of victimization in which they find friends and romantic partners who continue to treat them abusively. The other alternative is that they victim becomes the victimizer who bullies friends, family and lovers.

At the other end of that unfortunate spectrum are those who were so traumatized that they avoid social interaction as much as possible. If they hold jobs, they are usually low paying and well beyond their native ability and/or self isolate because they trust no one.

Fortunately, help is available. Please contact me via Email or phone call. My Email address is: [email protected] My phone number is: 720-470-2028. I do provide distance therapy via Iphone, Skype or other video platforms. Therapy is safe, warm and supportive.