The Painful Problem of Shame 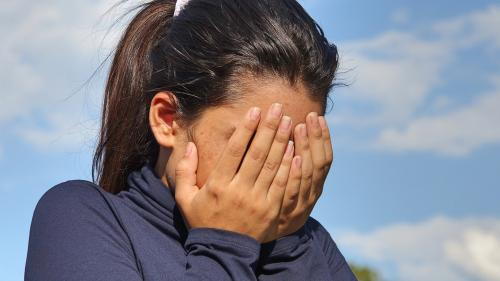 There is probably nothing more painful for people than harboring feelings of shame.

Feelings of shame are deeply rooted. The tendency is to keep them hidden so that we ourselves are hardly aware of them. Shame is a largely unconscious belief or feeling that there is something defective within. This defect must be hidden even from ourselves. To feel defective is to feel less than, reduced, worthless and beneath others. A person may make a mistake and feel guilty about it. However, people apologize for the error committed after they experience guilt. Not so with shame. Those of us who feel shamed want to run and hide or, worse yet, want to go on the attack as another way of hiding the self-perceived defect.  Brenee Brown points out that:

"When feeling shame we will not believe anyone who tells us we have nothing to feel ashamed about. In fact, any kind of prayers will be rejected by the person who feels shame. Shame is about the fear of disconnection. We fear we will lose our connection to the family, group, community and therefore become isolated or self-isolated out of our feelings of shame."

Many years ago a female client came me for psychotherapy. She experienced chronic feelings of depression and anxiety. She was raised in an incredibly abusive family where the mother was particularly unempathetic to the needs of a young girl and took every opportunity to criticize and berate her for not being pretty and smart enough to suit her. Therefore, the abuse was not physical or sexual but verbal and emotional in nature.

It took a year of gradually building trust in psychotherapy before this client was able,  haltingly and with great difficulty, to reveal that she had been raped while she was in college. When she told her mother the reaction she got was quick and predictable.  Her mother blamed her for the rape and would not listen to the fact that my client had done nothing to encourage the commission of this terrible crime.  If anything the client felt guilt from the beginning and had a deep sense of shame that her mother, from her behavior, convinced her she should have. In the safety of the therapist's office and once the light of day was shown on this tragic and traumatic event the client realized that her therapist was not judgmental and was, in fact totally supportive of her.  Ultimately, she was able to move on to a happy and well-adjusted life.

One of the great novels of all time, The Scarlet Letter, by Nathienal Hawthorne, portrays a story of Adultery and shaming. and rebuilding of life. Hester Prynne, accused and found guilty of adultery is forced to wear a large scarlet letter A over her chest as a sign that she has committed a shameful and sinful act.

Hawthorne had no way of knowing that his novel portrays a major issue for women around the world. Brenee Brown and others skillfully talk about the fact that women feel terribly ashamed of their bodies. In modern times this has taken the form of anorexia nervosa whereby women starve themselves under the false belief that they are fat and ugly. Constantly seeking social approval by being thin they are never able to achieve their elusive goal of being thin because, when they peer into the mirror all they see is fat.

The road to recovery from this terrible agony is through psychotherapy and self-compassion. I am available for consultation and can be reached at this website: http://www.allanschwartztherapy.net and via Email at [email protected]/, In addition, I can be called at: 720-470-2028