Shame and the Avoidant Personality Disorder

There is probably no more difficult and painful emotion than shame. Shame involves complete self-condemnation. It is a major attack against the self in which the individual believes they will be found utterly unacceptable by society. As a result of its overwhelming force, shame causes feelings of disgrace and dishonor. A person who feels shame wants to hide from everyone. 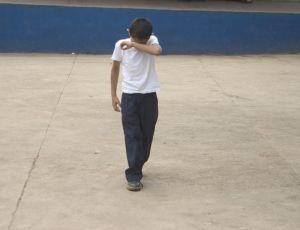 By contrast, guilt does not involve self-condemnation. Instead, guilt involves self-criticism for a mistaken act or behavior. The self-criticism is directed at an error that one has committed for which they feel guilty and want to make restoration. Of course, psychologically speaking, there is an overlap between shame and guilt where the shamed person may also have feelings of guilt.

However, shame is much more public than guilt. A person who feels shame expects condemnation from everyone. The person who feels guilt may be the only one who is aware that an error has been committed. A guilty person may feel a loss of self-esteem but not to the extent that is experienced by the shamed individual. For example, a student who successfully cheats on an examination may feel guilty for the high grade the professor has awarded because it was not earned. But no one is aware of the cheating. On the other hand, a student who is caught cheating during an exam, with books open on his lap, right in front of his fellow students, may indeed feel extreme shame and embarrassment. The shame is due to the fact that everyone is aware of the serious nature of the infraction.

In the great American novel, The Scarlett Letter, by Nathanial Hawthorne, Hester Prynne exemplifies the power of shame. The novel takes place in puritanical Boston during the seventeenth century. As the novel points out, there was a scaffold in the center of Boston where sinners were publicly displayed. Towns-people would hurl insults at them to humiliate them for having sinned. Hester suffered this fate when it was discovered that her child was the product of an adulterous affair. She was sentenced to wear a large Scarlett Letter on her breast. She was socially isolated and alienated for her indiscretion.

The symptoms of avoidant personality disorder include lifelong patterns of behavior such as:

1. Social phobia with enormous anxiety about being around other people.

3. Feelings of inadequacy and sensitivity to rejection and criticism.

4. Choosing loneliness and isolation instead of risking connecting to other people.

5. Extreme sensitivity to criticism and shame when criticized.

6. Avoiding criticism more than anything else.

7. Choosing social isolation as a way to avoid criticism.

9. Avoiding saying anything at work or elsewhere.

10. The avoidant individual is on the lookout for any signs of disapproval from others. This type of vigilant appraisal of others may even have a paranoid flavor to it but has more to do with the overpowering wish to protect themselves against ridicule, derision, and humiliation.

Shame and Its Relation to the Avoidant Personality

While shame is a universal human emotion found in all civilizations and cultures, there are a different set of roots from which the reasons for shame spring. Here in western civilization, there is a lot of emphases placed on being a separate, autonomous, unemotional individualist. Hollywood movies with actors such as Clint Eastwood, John Wayne, and Gary Cooper, portray the heroic male who is strong, courageous, and silent. These roles portray self-reliance to the utmost degree.

The high value placed on individuality and self-sufficiency in Western Society plays a significant role in complicating things for those who struggle with an avoidant personality disorder. The complication is that the value placed on individuality becomes a rationalization or excuse for avoiding social interaction. For these individuals, social interaction is so painful that it must be shunned at all costs.

Yet, in most careers, it is necessary to behave in socially acceptable ways in order to become successful. It soon becomes apparent to these individuals that they must rely on the cooperation of other people in the workplace and elsewhere. Needing the cooperation of others at work is experienced as a threat because they are forced to face up to their social fears and long-established patterns of behavior. In fact, the socially avoidant person may experience having to rely on others as a humiliation. Strongly invested in the belief that it is better to "go it alone," they want to withdraw into isolation. It’s a real conundrum, to want to avoid social contact on the one hand because it arouses too much anxiety and to have to admit to needing others in order to function successfully. Independence is highly valued regardless of issues of anxiety and the need for social avoidance.

At the very same time, the nature of the Socially Avoidant Person is such that any criticism, even the slightest, is experienced as acutely painful. In fact, being criticized causes the avoidant person to feel humiliated and, therefore shamed.

The Need to Belong

The simple fact is that all of us, as members of the human species, have a need to belong. While most of us need to spend some time alone, too much aloneness results in depression. Even those with Avoidant Personality Disorder become depressed if they are alone too much of the time. The healthy need to feel accepted and to belong outweighs the wish to avoid.

In all of the cases of an avoidant personality disorder, I have treated the individuals who were either married or in long term relationships. In addition, most were working or had been working until they were forced to resign as a result of overwhelming anxiety and severe depression. Most of the people I have treated were also extremely bright and had attained high levels of education and professional status. They ran into trouble quickly after they started their careers as a result of the demand put on them to be social in their job or profession. As a result of this trouble, they were forced to seek psychotherapy.

Of the cases of people with Avoidant Personality Disorder, those who were married also ran into difficulty with their spouses. The reasons for the marital difficulties had to do with the fact that the spouse with the personality disorder rarely wanted to go out and socialize. The unwillingness to be in social situations even included going to movies, restaurants, and having friends and family over for social visits.

There are a variety of treatments available for Avoidant Personality Disorder. Medication can be useful in reducing anxiety and depression. Among the types of medications used are the antidepressants and/or the anti-anxiety drugs. When these symptoms are reduced, individuals with this disorder often find it easier to make use of psychotherapy.

Cognitive-behavioral therapy is most useful with social phobias and avoidant disorders because the emphasis is on changing thinking patterns as well as modifying behavior. The emphasis is on helping the patient face and becomes desensitized to the stimuli (social situations) that cause them the most trouble. Behavior modification includes learning the social skills necessary to function in society. Among the skills needed to be developed are 1. making eye contact with people, 2. learning to greet people with a smile and rehearsing common verbal interactions between people, 3. learning how to be assertive in ways that are appropriate, 4. learning what to say or how to respond in a variety of social situations, and 5. learning and rehearsing how to carry on common everyday conversations with people. 6. Individual psychodynamic therapy with group therapy are extremely helpful in exposing patients to others and allowing them to learn social skills.